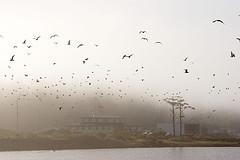 Shame on the Russian Olympic Committee. I feel total outrage what is happening the last few years at the Olympics and other world sports. Our country, as well as the Olympic Committee in her face or other 'Bolshie' sport completely fail to protect our athletes. Therefore, the cases of misuse, just judging arrogant, boorish behavior of the anti-doping committee and not a very good relationship from organizers of sports. Every year, this situation is deteriorating and deteriorating rapidly. and in the end it all falls on our athletes.

Look at the last Olympics was only a couple of ugly antics from the organizers: Irina and sued Doping attached to the skier. And from our side there have been no dramatic statements. And now getting worse and worse. Only one of our athletes who decided to challenge this outrage, it's a great skater – Evgeni . He found the strength to express my complete disagreement with the decision and decided to go all the way up to the trial. And what did our Olympic Committee, do you think? Supported him, helped? Maybe just did not stop him this right, albeit an unpleasant reality? no. Our unmatched committee has stated publicly that he (the Committee) has not any relation to these statements and generally will oppose it. just great! madness that takes place anywhere and everywhere. And after all that disgrace, and even after the President's statement that many of the committee must find the courage to write 'voluntarily'. President of Olympic Committee said in a television interview that he believes are not appropriate given the president's decision and that he personally and the committee generally does not completely to blame for the outcome last season. Here is how everything is simple and clear.