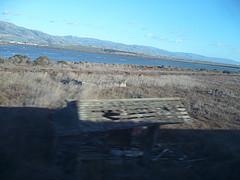 The material is a slab thickness of 20 to 100 mm. Form the edge of the material used most often – "step", allowing to reduce the cold bridge at the junction plates. Sheet size 1200 * 600 mm with the form edge "step", 1240 * 640 with a straight edge. The surface may be smooth or embossed. Slabs are packed on a few pieces by a pack of plastic film (the number of plates in the stack depends on their thickness). Can be stored outdoors at any time of year. The material is ecologically safe for humans and the environment, suitable for the production of works and if you move. Grades produced material: Teplex – Economy 35XPS, Teplex 35XPS, Teplex 45XPS.

Characteristics of the material due to its structure. Extruded polystyrene has a coherent microstructure, which is a lot of closed cells filled with gas molecules. Material characterized by low thermal conductivity, high compressive strength, low deformation, zero capillarity, long life. Extruded polystyrene insulation is applied as in major housing, industrial and commercial construction, individual building, construction of roads and railways. Material marks 45 Teplex recommended as a building insulation in the device operated under roof parking. Application grade material Teplex 35XPS recommended for thermal insulation of foundations, basement walls and basement. Extruded polystyrene is used for thermal insulation of walls, ceilings, floors and roofs.